Nigerian singer and songwriter Burna Boy continues to dominate the world of entertainment with his recent project.

Burna Boy released his fifth studio album titled ‘Twice As Tall’ and so far it can be concluded that it has been a major hit.

The album has already enabled the multiple award-winning artist to garner millions of streams on various platforms putting ahead of other Nigerian artists.

The 15-track album has now debuted on Billboard album charts at number one. 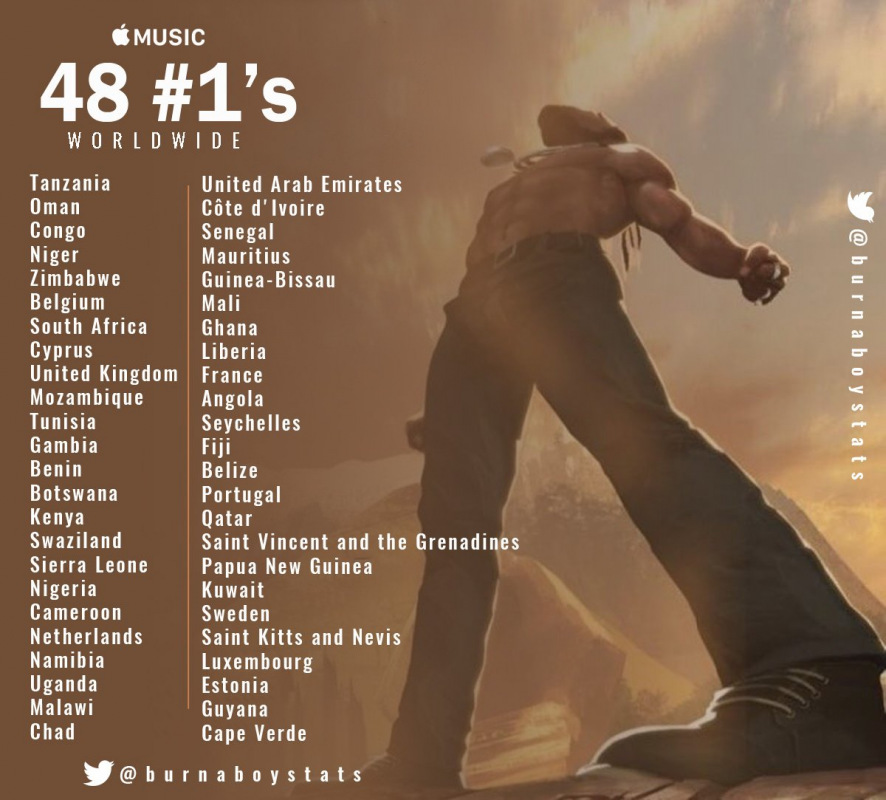 This was confirmed by billboard in a tweet on Monday night. In the tweet, billboard said; “@burnaboy’s ‘Twice As Tall’ debuts at No. 1 on this week’s #WorldAlbums chart.”

Earlier, the album also debuted on Billboard 200 at number 54 surpassing a record set by the previous album ‘African Giant’ which peaked on the charts at number 104.

Over the weekend, the ‘Twice As Tall’ had peaked at #1 on Apple Music in 48 countries also breaking the previous record held
by African Giant’ which peaked at #1 in 36 countries.

Several songs off the album have so made it to several top charts among them the weekly UK Afrobeat chart.

Some of the producers in the album include P2J, Leriq, Rexxie and Telz who produced ‘Wonderful’ one of the earlier released song off the new album.

Ahead of the album’s release, P Diddy had indicated in a post on his official Twitter handle that it deserves to be an album of the year.