Just like the songwriters, a number of producers were also featured on the new project. Some of the producers who worked on the album include; Eno Beats, Alexandre Muge, Diggy Baur, Ian Pro, Daddy Andre, Tymg, Producer Ronnie and Nessim Pan Production. 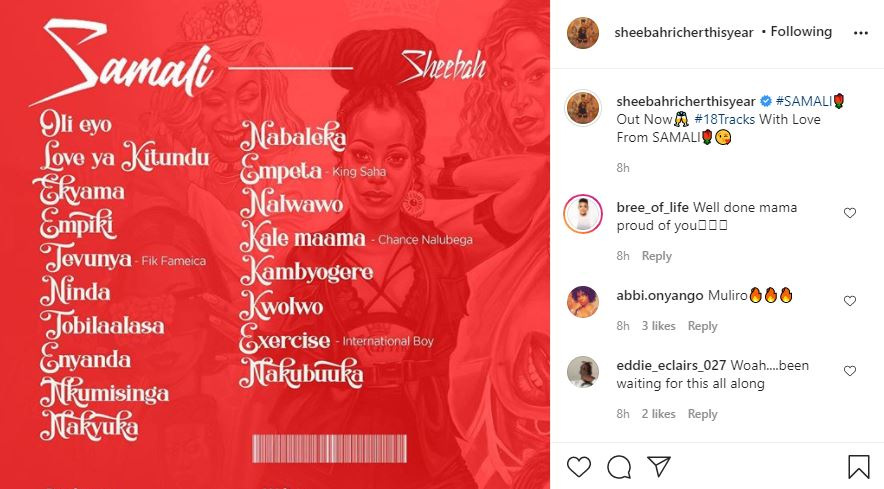 In June, Sheebah announced that she will be dropping the album later in the year, further noting that it is her most favourite project so far.

“SAMALI is the Bravest young girl that I have ever met! She’s special. God created her as a blessing in disguise. Believe it or not, there’s no SHEEBAH KARUNGI without SAMALI just like there’s no SAMALI without GOD. My favourite album so far,” she posted.