The 15-track album was unleashed at midnight going into August 14th as earlier promised.

Count down to the official release of Burna Boy’s album was done live on YouTube following an earlier unveiling of the projects cover.

The album is arguably already one of the most talked about on various social media platforms. 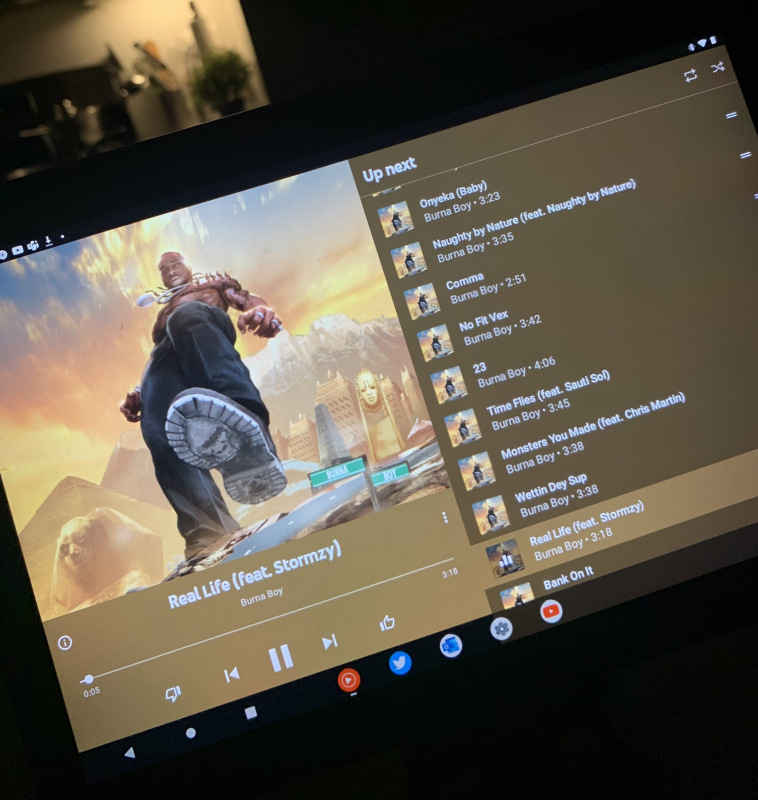 Some of the producers in the album include P2J, Leriq, Rexxie and Telz who produced ‘Wonderful’ one of the earlier released song off the new album.

Ahead of the album’s release, P Diddy had indicated in a post on his official Twitter handle that it deserves to be an album of the year.

“ALBUM OF THE YEAR #TWICEASTALL by @BurnaBoy,” he tweeted.

Below is the full tracklist for the album which can also be accessed through a link provided by Burna Boy.

Twice As Tall On Apple

– Monister You Made feat Chris Martin